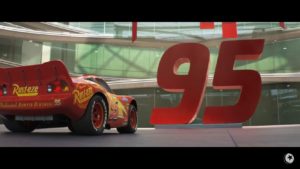 McQueen and the Cars crew race back into the cinema with a new generation of cars trying to pass them!

The original ‘Cars’ (2006) movie made its debut in theatre over ten years ago. In the very first ‘Cars’ movie, the legendary Lightning McQueen gets held up in a small town known as Radiator Springs after he is forced to repair 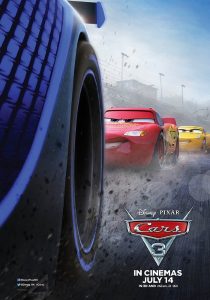 the damages he unintentionally created, in the road. While there, McQueen ultimately becomes a true winner after he discovers the true meaning of family, and friendship.

‘Cars 2’ rolled into theatres about five years later (2011) with a new character stuck in its headlights. McQueen and his team were invited overseas to the Grand Prix race. On the road to the focus is shifted on to his friend Mater, as he finds himself on an intense adventure. Mater gets caught up with two professional, British spies that are attempting to uncover an evil plan. 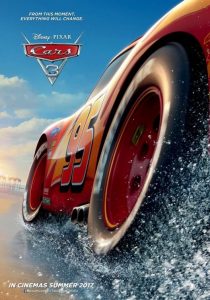 ‘Cars 3’ takes us back to where it all began, the original Radiator Springs.

‘Cars 3’ is the third installment of the Cars franchise.  This time around, the movie’s focus is back on the star himself, #95 Lightning McQueen, as he sets out to show the new generation of cars why he is the champion.

With a new generation of racers, McQueen is caught off guard by their excessive speed and pushed out of the sport he loves. He is compelled to get the help and guidance of a young race technician. With every part of him ready to show the world that #95 isn’t through yet.

The heart of a champion is tested, does he still have what it takes to win? If he can’t beat his new rivals with speed, can he beat them with intelligence? Find out in just one week!

‘Cars 3’ premieres one week from today, next Thursday, June 15th.