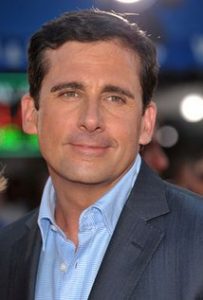 Steve Carell is one of the most adaptable comedians of our time.

Steve Carell, an Acton native, was born in Concord, MA on August 16th, 1962. He attended school in Concord at The Fenn School and the Middlesex School. Carell left his hometown for Denison University in Granville, Ohio. After college, he moved to Chicago to teach an improvised comedy class and perform with Stephen Colbert in The Second City Troupe.

His first film debut was in ‘Curly Sue’(1991). Carell’s next appearance was in 1996 when he became a part of The Dana Carvey Show which continued on to Saturday Night Live. He made many guest appearances on shows before becoming a regular on The Daily Show for six years.

Steve played in ‘Bruce Almighty’ and ‘Bewitched’ before starring in ‘The 40 Year Old Virgin’ which he co-wrote. 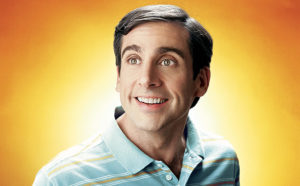 In 2006 the film was named on the Top Ten Movies of the year by the American Film Institute.

Carell’s part in ‘Little Miss Sunshine’ (2006) earned him four Oscar nominations in the end he won two of those four.

In 2006, he received the Golden Globe Award for Best Actor in Television Comedy as well as Emmy and Golden Globe nominations.

Carell’s voice joins us back in theatre ONE WEEK FROM TODAY, with the PREMIERE of ‘Despicable Me 3’!

Gru meets his long lost, charming and successful brother Dru who wants to team up with him for one last criminal heist!